another special recital which will be streamed on Sunday 27th September through to Wednesday 30th September.
This concert is a collaboration with Songmakers’ Guild’s Albie van Schalkwyk on piano,  soprano Janel Speelman and tenor Makudu Senaoana.
The programme is filled with love songs from Beethoven, Vaughan-Williams, Menotti and Wolf, finishing with a medley from Bernstein’s West Side Story.
As always Concerts Connect have chosen another stunning venue in Stellenbosch for the occasion overlooking a spectacular garden.
As before the stream will go live around 15h30 with an interview with the artists and an introduction to the partners – and the recital will begin at 4pm and can then be watched anytime through to Wednesday evening.
The Cape Town Concert Series supports Concerts Connect in their work of bringing classical music to our audiences from iconic venues around the Cape.  Support the Cape Town Concert Series and help keep music alive so that we can return to the Baxter Concert Hall for live concerts.
Tickets from Quicket https://www.quicket.co.za/events/115352-concerts-connect-songs-of-love/#/
About the Artists:
Janel Speelman is a rising South African soprano, who is quickly establishing herself as an emerging artist in opera, concert and art song. Recent performances include the Concert of Hope as part of the Suidoosterfees, as well as Niel Rademan’s acclaimed South African Sopranos performance of Heldinne as part of the Woordfees. Ms Speelman is a graduate of UCT, where she attained her bachelor of music degree, an honors in western classical vocal performance and a postgraduate diploma in opera under the direction of Prof Virginia Davids and, Prof Kamal Khan. She then completed a master of music degree under Prof Daniel Washington at the University of Michigan, School of Music, Theatre and Dance. Ms Speelman was invited to sing at the School of Music Theatre and Dance annual prestigious performance at the Kennedy Centre as part of a select group representing the school. During her study; she was awarded the Andrea Person Vocal Award and the George Shirley Scholarship.
Makudu Senaoana also completed his undergraduate studies at UCT under the direction of Prof. Kamal Khan and Hannah van Niekerk. He was the first prize winner of the 2016 Voices of South Africa International Opera Competition.

Albie van Schalkwyk has established himself as performer in a number of fields over the past 30 years. One of the leading chamber musicians and vocal accompanists in South Africa, he has also performed as soloist with SA orchestras, performed solo recitals, given master classes for singers and accompanists, worked as a music producer for the SABC, and arranged music for various combinations, including Broadway musicals and operas for 2 pianos and orchestral pieces for 3 to 8 pianos. He completed his Ph.D. in Music at the University of the Free State in May 2012.

His interest in vocal music and the art song in particular has led to many fulfilling concert partnerships with singers, culminating in the formation in 1994 of The Songmakers’ Guild, a Cape Town organisation which has been providing a regular platform to performers in the field of the art song for 25 years. He was involved in the Neuberg Internationale Kulturtage summer school as coach and performer for over 20 years and during a university sabbatical year worked as coach in the Vocal Department of the Mozarteum Music University in Salzburg, Austria.

In 2009 the SA Academy of Arts and Sciences awarded him the Huberte Rupert Prize for his contribution to ensemble playing and teaching over more than 30 years.

Albie retired from his post as Associate Professor in Piano and Chamber Music at the SA College of Music, University of Cape Town, at the end of 2017. Since then his activities under the heading of his private Musicumbrella Piano Studio include continuing his performance career as collaborative pianist, individual piano teaching, masterclasses is piano, chamber music and art songs, vocal coaching and arrangements for multiple pianos. 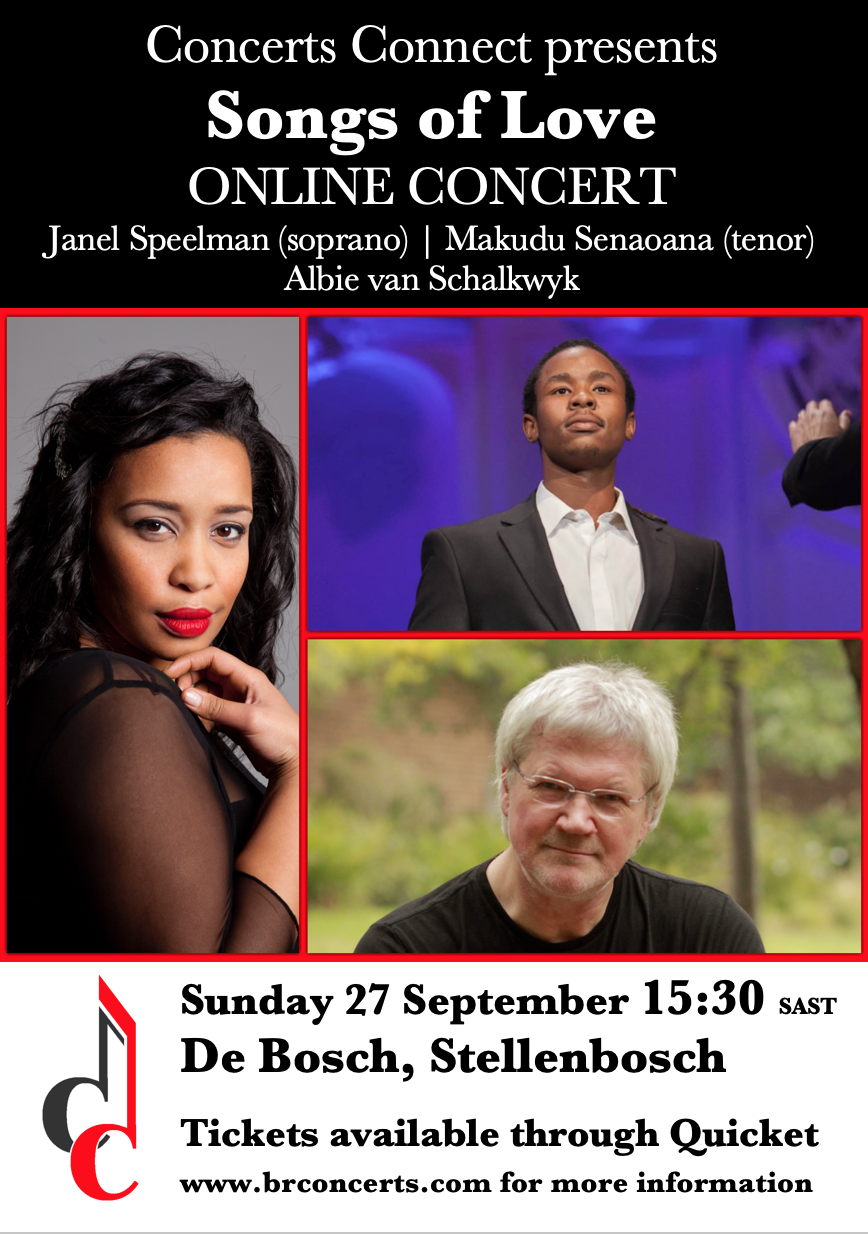