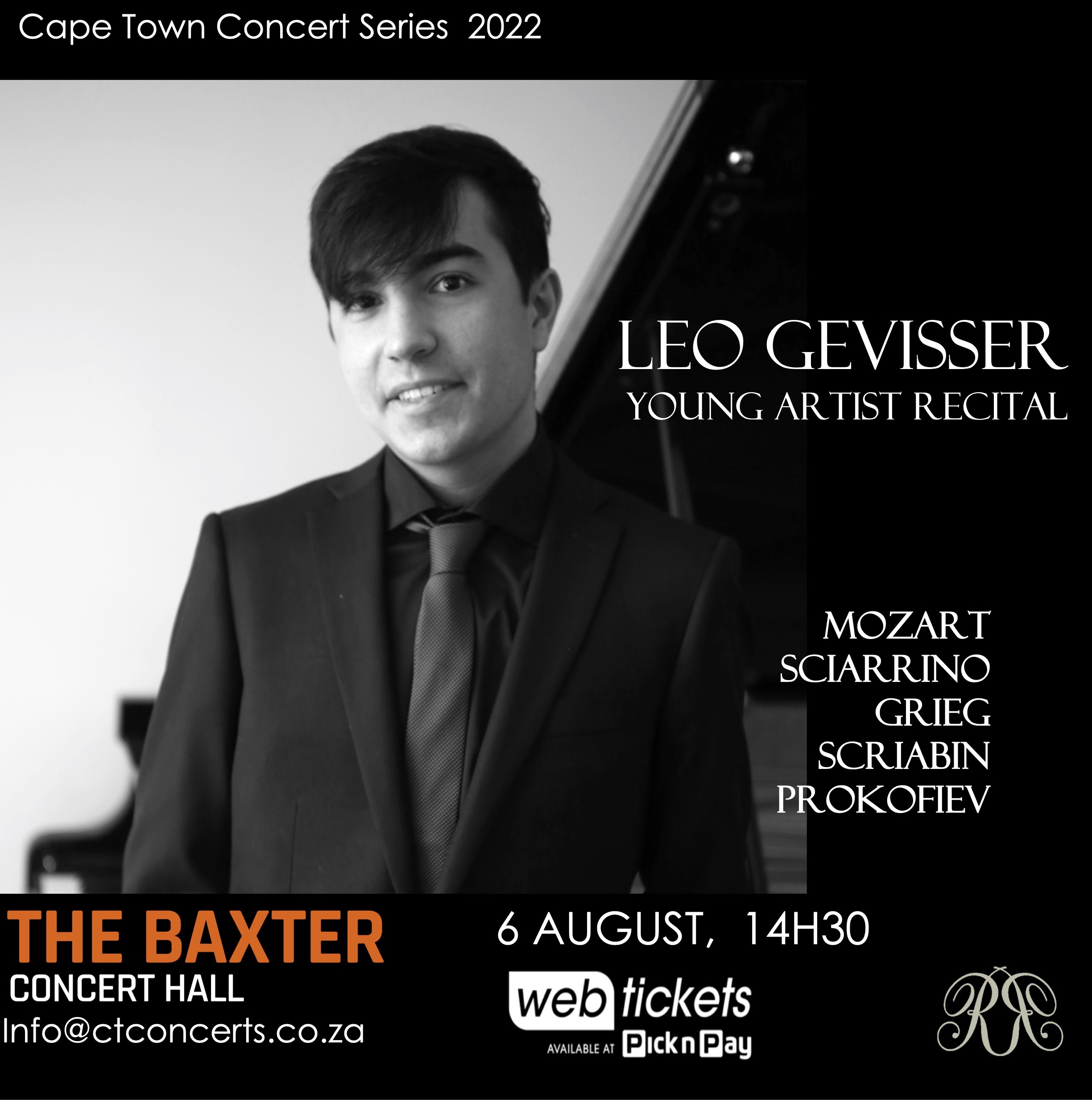 The Cape Town Concert Series is excited to present our first Young Artists Concert featuring pianist Leo Gevisser on Saturday 6th August at 2.30pm. Leo is currently studying for his BMus degree at the esteemed Juilliard School of Music in New York with the legendary Jerome Lowenthal and, at just 19 years old, is already creating waves of admiration wherever he plays.
His programme features works by Mozart, Grieg, Scriabin and Prokofiev and the concert also includes a short in-conversation with Leo in the hall where we ask him more about his studies and future plans.
As always, the Baxter restaurant and bar will be available before and after for refreshments. Tickets available from Webtickets. https://www.webtickets.co.za/v2/Event.aspx?itemid=1486393021
Full programme:

Leo Gevisser, 19, is currently pursuing the Bmus degree program at Juilliard with the legendary Jerome Lowenthal.  Leo began his piano studies aged 5 at Bishops Preparatory School in Cape Town and then went on to study  under Nina Schumann and Luis Magalhães. At the age of 14 he moved from South Africa to the US, continuing his musical studies under Kathryn Brown and Daniel Shapiro at the Young Artists Program, Cleveland Institute of Music.

These competition wins have enabled him to perform extensively in his native South Africa and abroad. Notable performances include his debut with the KZNPO at the age of 11, the many performing opportunities granted to him by the CPO, as well as proposed performances in Weill Recital Hall and Alice Tully Hall in New York.

Leo has been a continued supporter of Masidlale, an outreach music project of the CPO.