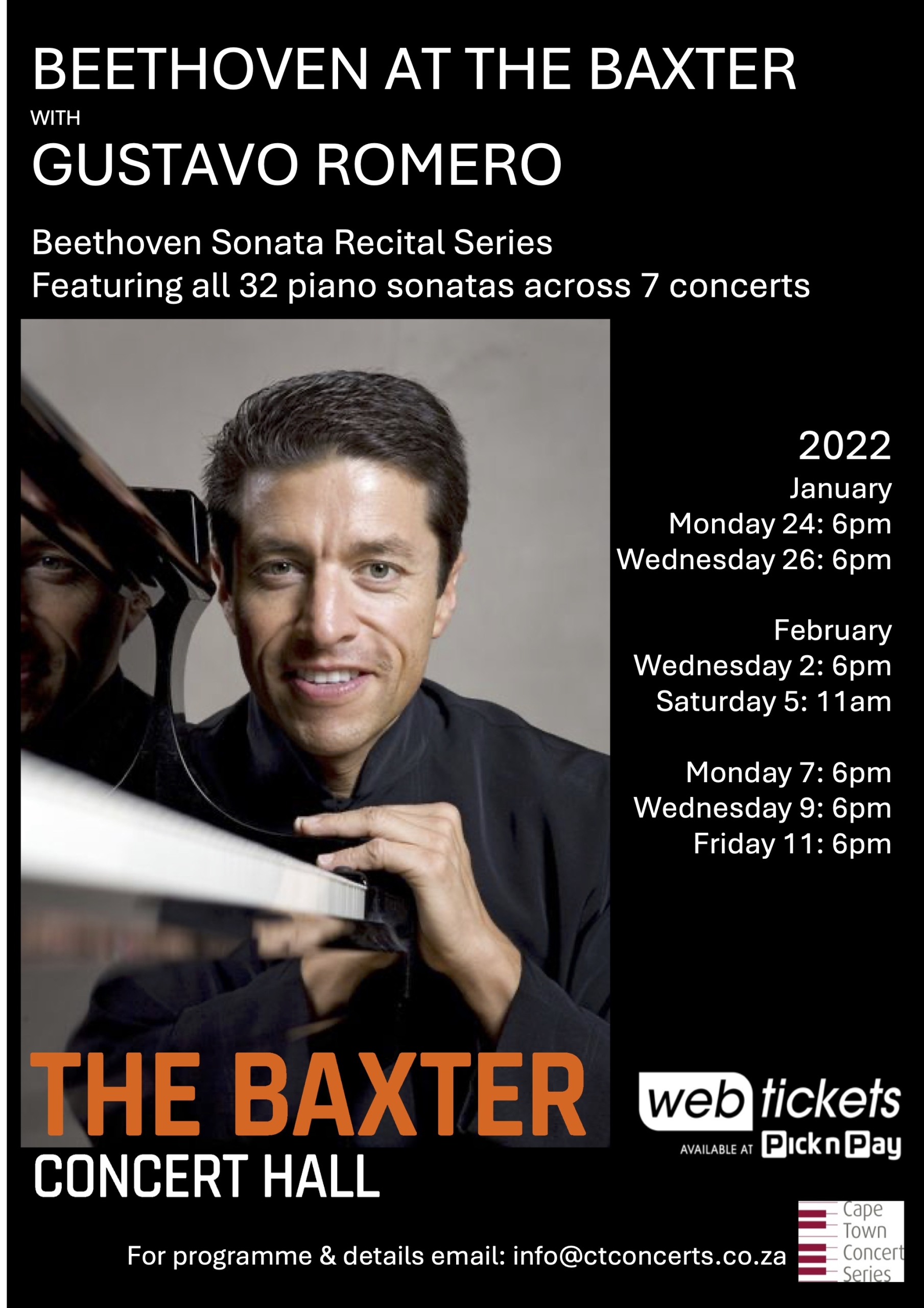 Beethoven at the Baxter with Gustavo Romero

The Cape Town Concert Series is delighted to collaborate with pianist Gustavo Romero in a unique presentation of all 32 Piano Sonatas by Beethoven across 7 concerts.

Mexican-American concert pianist Gustavo Romero has a stellar reputation for both the technical brilliance and interpretive depth of his playing, as well as his commitment to in-depth exploration of individual composers.

A native of San Diego, California, with heritage in Guadalajara, Mexico, Gustavo Romero discovered his love and gift for music at age five, when introduced to the piano of a neighbour. He started taking lessons, and gave his first public performances at the age of 10, while also winning his first piano competition. At age 13, he performed with the New York Philharmonic under Zubin Mehta.

Gustavo was planning to present these sonatas in 2020 to mark the 250th celebration of Beethoven’s birth but was unable to because of the Covid lockdown. “I am so excited to finally be back in South Africa and able to perform for a live audience” he says, “ especially in the wonderful acoustics of the Baxter Concert Hall”. The Cape Town Concert Series will be assisting with the presentation of the series.