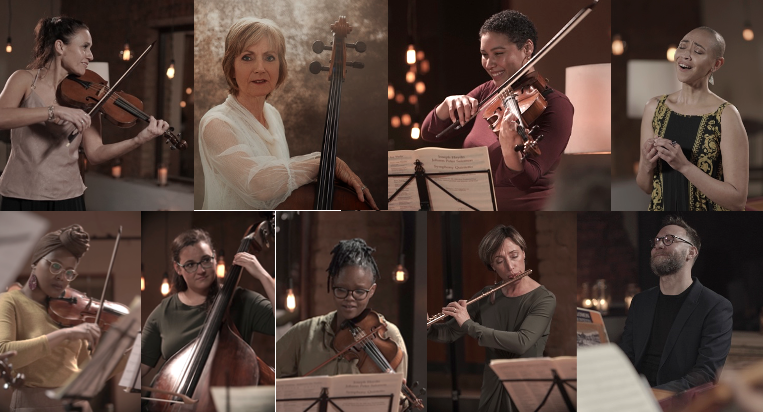 The Cape Town Concert Series presents its first live concert since February on 14 November at 11am in the Baxter Concert Hall with the Camerata Tinta Barocca.

A Baroque Celebration – the concert will comprise a varied programme of instrumental and vocal music ranging from 17th century organ repertoire to a late 18th century transcription of a Haydn symphony.

Refiloe Olifant and Ralitza Macheva (Baroque violins), and Erik Dippenaar (harpsichord) will explore the stark contrasts found in Baroque music, leaning on the idea of dark and light – chiaroscuro, as well as exploring the improvisational aspect of music from this period, in works by Telemann and Vivaldi. They will be joined by soprano Lynelle Kenned in arias by Purcell and Handel.  In addition to this, Dippenaar will perform a praeludium by Buxtehude on the Baxter’s Von Beckerath organ. The programme will end with a chamber transcription for seven players of Haydn’s so-called ‘Surprise’ symphony. In 1795 and 1796 the London-based impresario and orchestral leader, Johann Peter Salomon bought the rights to the twelve so-called ‘London’ symphonies, which Joseph Haydn composed for performances in London. Subsequently Salomon arranged all twelve symphonies for a chamber combination of flute and string quartet, with optional parts for keyboard and/or double bass.

Tickets available from Webtickets- R190 and R160 (pensioners)
The concert follows Covid procedures and masks are required to be worn at all times. The concert will be followed by a short in-conversation with the artists in the concert hall.