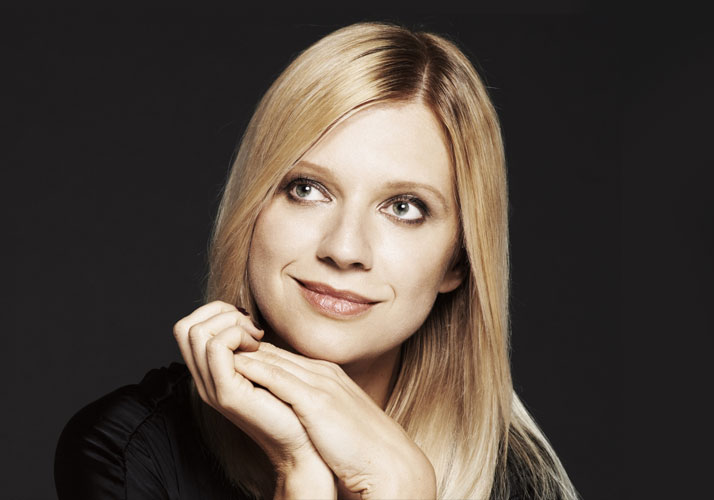 With more than 95 million YouTube views and some 195,000 subscribers to her channel, Valentina Lisitsa is one of the most watched classical musicians on the internet, using digital innovation to champion classical music and performance. Impressed by her YouTube success, the Royal Albert Hall, in an unprecedented step, opened its doors for Valentina’s London debut on 19 June 2012. That concert, recorded and filmed by Decca Classics, became her first release on the label; it was also Google’s first-ever live HD stream.

With her multi-faceted playing described as “dazzling”, Lisitsa is at ease in a vast repertoire ranging from Bach and Mozart to Shostakovich and Bernstein; her orchestral repertoire alone includes more than 40 concertos. She has a special affinity for the music of Rachmaninov and Beethoven and continues to add to her vast repertoire each season.

Born in Kiev, Ukraine, in 1973, Lisitsa began playing the piano at the age of three, giving her first solo recital a year later. She gained a place at the Lysenko Music School for Gifted Children and later studied under Ludmilla Tsvierko at the Kiev Conservatory. In 1991 she won the Murray Dranoff Two Piano Competition together with Alexei Kuznetsoff. The couple married the following year and took the huge gamble of moving to the USA. In 1995 Lisitsa made her New York debut at the Mostly Mozart Festival at Lincoln Center. Since then, she has performed extensively around the world and appeared in such venues as London’s Wigmore Hall and Vienna’s Musikverein. When her career seemed to be flagging, it was spectacularly reignited by a home-made DVD, shot by her husband in 2006, of Valentina playing the 24 Chopin Études. Offered on Amazon, sales of the unedited recording skyrocketed after the couple posted it on YouTube. Valentina Lisitsa had found international fame online. Subsequent YouTube videos expanded her following, culminating in the 2012 Albert Hall recital.

Valentina’s exclusive recital for the Cape Town Concert Series features a programme of popular works perfect for demonstrating the full range of her playing:

Mussorgsky: Pictures at an Exhibition

Tickets are available from Computicket or from the Baxter Theatre Centre Box Office on the night of the concert.  For more information call 084 682 1337 or email info@ctconcerts.co.za