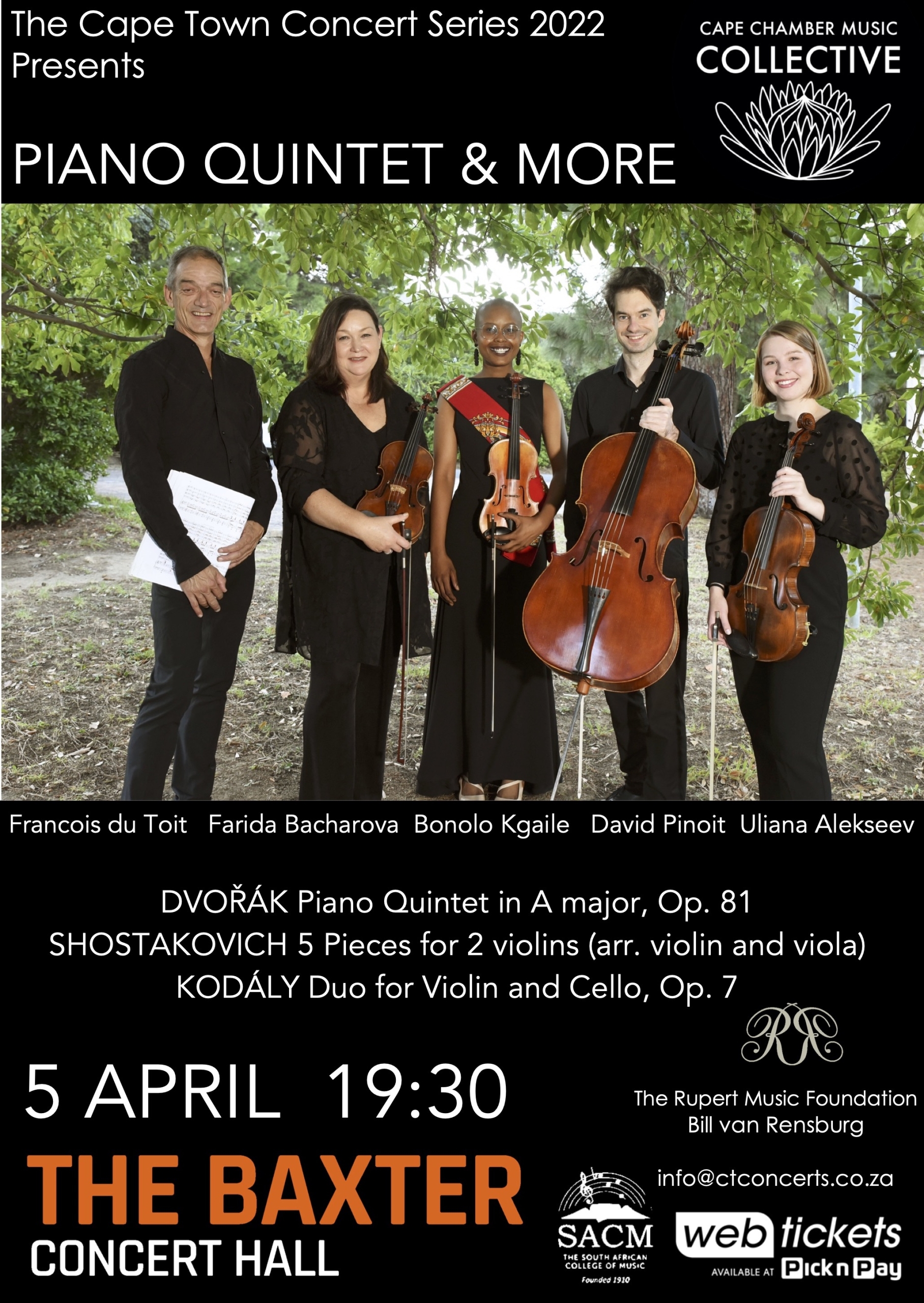 The Cape Chamber Music Collective is a passion project put together by a group of South African musicians featuring different musicians in each concert ranging from established performers to new generation artists.

Derived from Dmitry Shostakovich’s compositions for film, ballet, and theatre productions, the Five Pieces for Two Violins, in this concert arranged for violin and viola, present the unusually optimistic and entertaining side of the composer.

Hungarian composer, ethnomusicologist, pedagogue, linguist, and philosopher, Zoltán Kodály’s Kodály method of music education is still taught to children internationally. The Duo for Violin and Cello from 1914 is a case study in the fusion of classical forms with folk melodies and rhythm, highlighting the musical writing of dialogue, and the infusion of language into music.

Dramatic, and eternally expressive, Dvorák’s Piano Quintet is one of the finest examples for this combination of instruments. The vivid and individual part-writing, mixed with Dvorák’s direct and poignant lyricism, makes this work one of the most beloved pieces of chamber music ever written.

The concert starts at 7:30pm in the Baxter Concert Hall. The Baxter restaurant and bar will be available before and during interval for refreshments.  Tickets are available from Webtickets.